Written by: BlakeSnake
Mon, Jan 28 2019 - 11:23
Nostalgia Criticism
Like 6
Shame 1
Here at Throat Culture, I am what you may call the resident "gamer." Now, this may solely be due to the fact that Kev and James do not play any video games, or due to the fact that I play way too many. I am a glutton for entertainment, and that goes for movies, TV shows, and video games alike. I wouldn't consider video games top among those three, but, being the in-house gamer, the burden of content falls unto me, and I graciously accept. Today I give you my top 5 video games of all time. This is an ever-changing, fluid list, so it can change at a moments notice - that, and the fact that I just ordered a Nintendo Switch (for research, of course). Anyways, here we go. 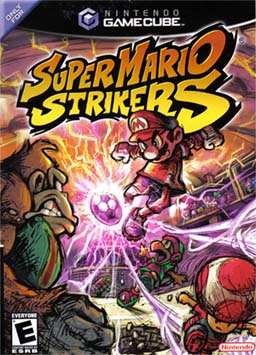 If you have never had the privilege of playing this game, I am truly sorry for you. Personally, I think this game eclipses any Madden, Blitz, Smash, Mario Tennis, or any team sport game you can think of. Nothing better than charging up that kick and bending it around Kritter in goal. Also nothing better than doing it right in your friend's face as his dreams and aspirations in life crumble around him as he loses the game. If you've played the game - you know exactly what I'm saying. The other beautiful thing about Mario games is that literally anyone can be good at them. So whether you're a gamer like me, or just a regular "normie," you can be good at this game. Equality for all!

Look in my face and tell me that shooting down massive robots with a bow and arrow doesn't sound awesome to you. This game, a PS4 exclusive from 2017, follows Aloy in the 31st century in a world overrun by animal-like robots. From the great gameplay, to the gorgeous world building, this game is fun as fuck and keeps you wanting more. Single player RPG's are my go to, so I know a thing or two about 'em, and if you have a PS4 and haven't played this game - get it.

Maybe this one has more to do with nostalgia than anything else, but Halo 2 was a freaking blast. If you have played video games you have played Halo 2, and you know how much fun the single player story was, crushing Covenant and Flood alike, or playing multi-player and ripping some 13 year olds apart with an energy sword. Some of the best multi-player ever in my opinion, not to mention the fact that Master Chief is easily one of the most badass protagonists in video game history. 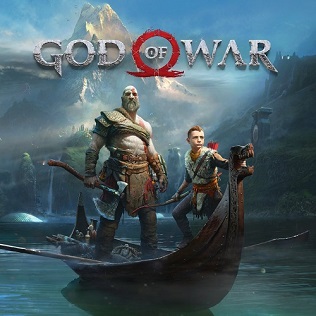 This is a game I only got around to about two months ago, which was long overdue for how good it was. It won all the big awards at the game awards and for good reason. Kratos is back and is still bad as FUCK except this time he's got a song shooting arrows at punks for you. The story, the mythos, the gameplay, the Blades of Chaos, another PS4 exclusive makes it toward the top of my top 5 list (Sony is doing some pretty incredible things in gaming these days). If you have PS4, you owe it to yourself to get this game.

Not exactly a "hot take" on this one, its universally lauded as the greatest game ever made, but damn does it deserve it. It had an "open world" so to speak, at a time when not many other games were doing that type of thing, and it did it to perfection. I've probably played this game through about ten times, and I am not typically one to play games through a second time, let alone ten. It was also the timing of this game that was so perfect, I was freaking 8 years old crushing orange sodas and and (probably) a stickball God, and when I would come home at night I got to spend it in Hyrule with my homie Link and that hot piece Zelda. Come for the nostalgia, but stay for the glory. 10/10 would play again.

Anyways, that wraps it up. Some hot takes, some right on the nose as you would expect. Let me know if you agree, or if I'm an idiot. Tell me one I missed out on and I'll probably change my mind. Anyways, I'm getting a Switch next week so this list will probably change, I am very easily swayed (and I also forget shit constantly).
Like 6
Shame 1
Sign in to leave comments

OOT at #1 may be the most permanent spot in any list, ever.
I'm taking Skyrim at #2, shifting the rest up and dropping HZD for N64 Super Smash Bros at the 5 spot. Cheerio

"Mortal Combat for Sega Genesis is the best game ever!"